The Governing Body of the Circuit Català may assign a tournament to a different category if it is evident that its budget or conditions have dropped and it no longer meets the requirements for the category first assigned.

Number of Opens scored for each player:

For the awards of the General classification of the International Circuit they will join up to the 5 best punctuations achieved in the tournaments. Of between the tournament scored, there will be able to be a maximum of 4 classic tournaments and 2 of active chess inside the possible combinations that appear in the attached table. There will be any of the following combinations:

The prizes of the Rating Sections Standings shall be determined by the sum of the 4 best scores, base d on the following combinations:

Only the standard Fide rating will be taken into account in the General classification and in the Rating Sections of the Circuit.

There are a general classification and 6 Rating Section Standings.

Tournament with section standings must use same distribution.

Nevertheless, it must be guaranteed all players have option to count for the standings established in the regulation.

Players with elo fide up to 2400 when tournament start, are not standings players and they only can play for General classification.

The organization can deny, for sports reasons, a player playing in a certain group.

Prizes of General Standings can’t be accumulated to the Rating Sections Standings. The higher prize will be awarded.

Prizes are subject to tax withholding according to Spanish law in force. Players need to show a copy of a valid ID card or passport in order to receive their prizes. Should a minor win a prize, the prize will be awarded to his or her legal representative.

In order to assign the players to the rating sections, all tournaments will take into account their FIDE rating. For players with no FIDE rating, their FCE rating will be used, or their FEDA rating if they come from other regions of Spain. If a player is not affiliated to Catalan Chess Federation and has neither a FIDE nor a FEDA rating, he or she will be excluded from rating sections points and standings.

In the case of unrated titled players (not on the rating list), arbiters will have to contact FIDE or FEDA to know their FIDE rating (ratings@fide.com), or use their most recent published rating.

Standard FIDE rating will be count for General Standings and for Rating Sections Standings purposes.

Points awarded by each Open according to category:

a) For the general standings:

b) For Rating Section Standings

At least 50% of the games of the tournament must be played in order to score for the circuit prizes.

c) For Catalan qualifiers (can be accumulated to the General Standings):

The order will be established by the General classification itself.

As established by the FCE Rules and Competitions, it will be considered as a Catalan player:

Once all the tournaments that form part of the Circuit have finished, tie-breaks for both the General and the Rating Sections standings will be established following the criteria and order detailed below:

Players excluded from the Circuit prizes

Players will be excluded from the Circuit prizes for the following reasons:

Awarding of stays for the Spanish Youth Championship 2021

It will be awarded with a free stay in the Spanish Youth Championship of the following year to the catalan player of each category from under 10 onwards that obtains the best performance average (calculated with the ELO FIDE) in two tournaments of the Circuit Català (at least one must be traditional and the other may be traditional or rapid). It will be considered the player’s category in 2021.

Like in the Circuit prizes, we won’t count the tournament candidates. 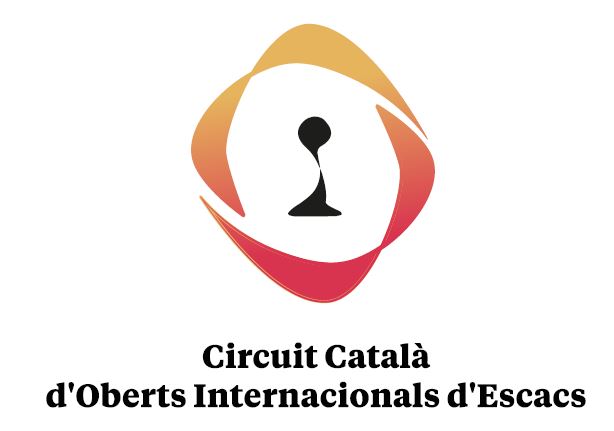